Just over a year ago, a group of local boys from Edgefield, Midland Valley and North Augusta started and improbable journey.  Their goal was simply this, create a tournament baseball team of boys that would become friends first, then teammates, then competitors, honing their skills as baseball players.

The beginning was very rough, but as the season progressed, the team began to gel and become the competitive team they sought to be.  Through a series of tournament wins, the team known as the Palmetto Predators earned their way to a berth in the USSSA AA World Series.

That journey began on Thursday, June 25th in North Charleston, SC with the Opening Ceremonies recognizing all the teams.  Pool play began on Friday in order to set the seeds for the weekend finals.

Game one saw the Predators down the Diamond Dogs 8-4 behind the strong pitching of Joshua Knowles, Blaine Johnson and Chris Battle.  Game two of the day matched the Predators with the Carolina Hawks.  The Predators got the best of the Hawks with a 12-5 victory behind the arms of Dylan Miller and Bryson Wright, allowing only 3 hits.

Saturday morning brought about the most formidable opponent yet, the Carolina Rebels, a team based out of Columbia, but assembled by many players to include players from the Summerville/Charleston area.  The Predators would fall to the Rebels, 9-0, yet still earning their seed going into elimination play as the number 3 seed.  But, being the 3 seed meant playing another game Saturday night that would mean elimination from championship contention if the Predators were to lose. 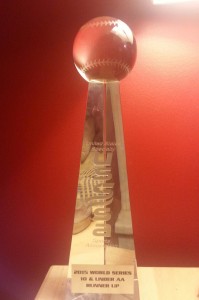 Sunday morning started with another “elimination from contention/must win game.”  In what proved to be a pitcher’s dual for the books, Dylan Miller took his strong arm against the undefeated, #2 seed, Berkley Gladiators.  Although there were a couple walks and an unearned run put across by the Gladiators, Miller pitches a 6 inning no-hitter.  The Predators manage to get a runner home as well sending the game into extra innings.  In the 7th, Chesney Lepard comes in to shut the Gladiators down and Bryson Wright gets a hit and is drove home by a timely double from Joshua Knowles who would also score after the Gladiators attempted to throw him out at second.  This win sends the Predators to the Championship game, where they would once again meet up with the formidable, undefeated, #1 seed, the Carolina Rebels.

After a hard fought 6-6 tie going in to the bottom of the 4th of the championship game, the Predators let this one slip away with 10 errors even though the Predators out-hit the Rebels 8 hits to 5.  Being so close to the 2015 USSSA AA World Series Championship and letting it slip away was disheartening, the Predators reflect back on a season of hard work, ups and downs,  a “never give up” mentality and realize that the Runner Up spot is a feat to be proud of. 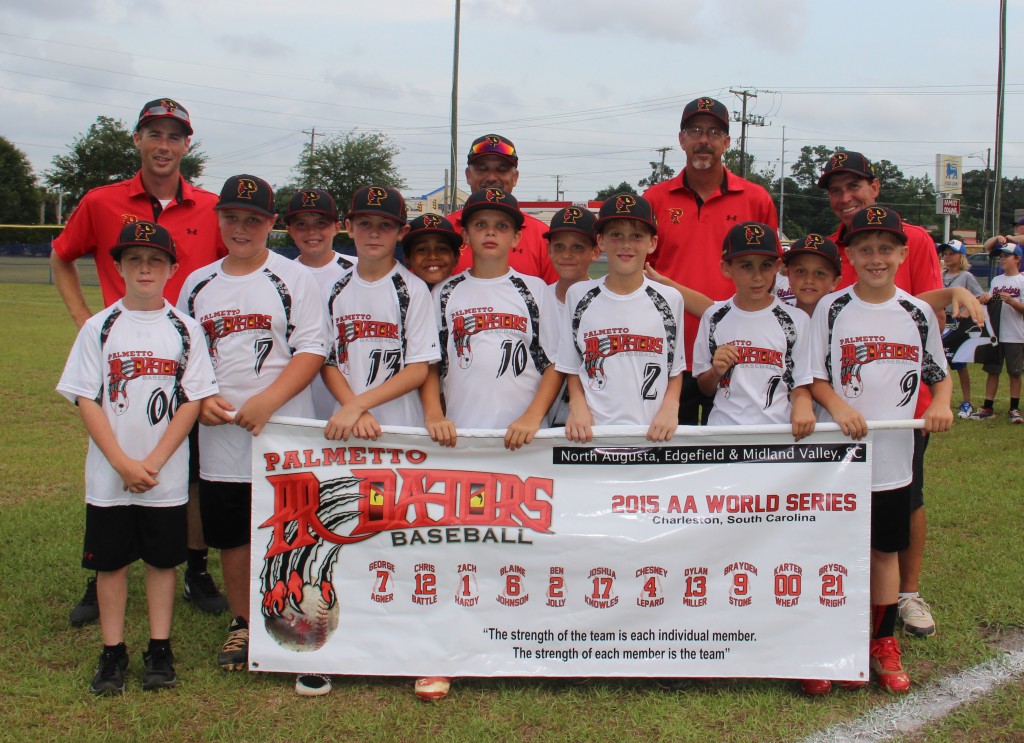 The Predators hit .349 for the tournament against a very high level of competition, led by Dylan Miller, George Agner,  Brayden Stone and Karter Wheat all batting between .455 and .556 for the tournament.  Predators stole 23 bases while only being caught 5 times.

A year of hard work and effort paid off big for this group of young men that just one year ago many did not even know each other but have become a band of brothers that became the true definition of TEAM.

No events found within criteria